“Keith’s assemblies were incredible and his follow-up curriculum was effective, easy to use, and the kids loved it. The teachers and staff appreciated that the programs were grade level appropriate and engaging.”

“After Keith performed his anti bullying assemblies and we implemented his curriculum, we have seen a decrease in bullying / harassment problems during the year. When we do have something pop up, if we mention Keith Deltano the student will immediately know what we are talking about. I would recommend Keith as a speaker. ”

"Mr. Deltano engaged our school and community using a blend of humor and education.  His message about how to be proactive in battling against bullying and being a good human being in general was relevant to the current social environment and well received by all.  I welcome Mr. Deltano back to our school district anytime and would highly recommend his services to others. "

Thank you so much for visiting St. Ignatius Montana!  From student to staff, Superintendent, AND school board.  Your anti bullying assemblies and parent workshop received a great deal of praise today.

“The best anti bullying assembly we have ever had.”

“Keith made me feel good about being different”

“Your anti bullying presentation was informative as well as entertaining.  I now see bystanders stepping up when they see other students not being treated well.”

"This is one of the most impactful anti bullying assemblies that we have conducted in Park 1. Mr. Deltano was very entertaining yet provided an important message on how to respond to bullying and also how to treat others well. Students’ retention of his strategies was high and his message to the parents was equally well received. I liked the fact that Mr. Deltano presented on bullying during his first assembly and followed up with respecting differences in others in his second assembly. Our kids certainly can reflect on the similarities between what Mr. Deltano communicated and what they hear from their teachers on a daily basis. It was energizing and reinforcing to our positive school culture.”

“I was astounded by the attentiveness of our usually restless alternative school students. Your ability to combine the needed discipline and interlace good humor with your teaching is incomparable and priceless.” 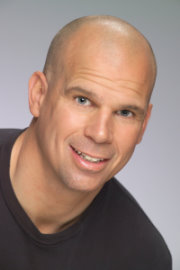 Keith Deltano has served and worked with youth for many years in various roles, including as a military police officer, public school teacher, youth leader, private counselor, and educational comedian. He draws on this varied background to reach out and share with youth. Keith taught sixth grade and won The Teaching Excellence Award for his work with at risk youth. He has been listed in Who’s Who of America’s Teachers and Outstanding Young Men of America. His parent workbook, Fighting Back, has been well received.  He wa also granted The National Impact Award for his work in parent outreach and education

"The students at Southside Elementary took an immediate liking to Mr. Deltano and found his anti bullying presentation highly engaging. After several classroom discussions, the general consensus was that Mr. Deltano’s initial kick-off gave students common language to discuss bullying as well as the ability to label the four types of bullying. His presentation was reviewed specifically with third and fourth graders who started the curriculum Steps to Respect. Mr. Deltano’s enthusiasm and interactive presentation stayed with students and the majority were able to label social, cyber, physical and verbal bullying. In addition to this common language, many students walked away with a new skill set to deal with problem behavior. Many were able to recall the importance of being an active, positive bystander that interrupts bullying. Mr. Deltano’s laid a foundation that allowed classroom teachers and myself, the school social worker, to have open conversations and practice for problem solving in tough situations.”

“During his bullying assembly, Keith captivated his audience with humor and real life stories.  Students learned they have the power to stop bullying.”

“Thanks so much for the terrific anti bullying assemblies.  The students are still talking about and I’ve talked to parents whose children went home and talked about the assembly instead of saying the inevitable “nothing” when asked about their school day.  Your message hit home with our students and the wristbands and pledge will serve as reminders of how to be anti-bullies.  Thanks!”

“I was fortunate enough to observe Keith Deltano perform "Don't Bully" his show on racial diversity.His presentation was so strong that he literally held the audience spellbound.”

“Alston Middle School has nearly 1,100 students from very diverse backgrounds. They’re a pretty tough group to sell. Keith’s  bullying assembly was able to reach and connect with our students in a powerful and unique way.”

“I would highly recommend Keith; I felt that as a parent I was very fortunate to have my 16-year old son hear his message.”

“Our School system thoroughly enjoyed Keith and would recommend him to anybody.  He has a very powerful message that is sure to benefit all that are privileged to hear him.”

“Keith is a dynamic speaker who relates exceptionally will to adolescents.  His  "Bullying Assembly" captivates, informs and entertains parents as well as teens”

“Keith’s masterful handling of audience behavior shows clearly that he is a teacher.”

“Your bullying assembly made a great impression on everyone in attendance. Thanks for the comedic energy and effort.”

“Wow! To hold 1200 students’ attention for more than an hour is not only a testimony to your abilities as a speaker, it is also a testimony to the idea that kids want someone to tell them that it is OK to take a stand for what is right.”

“The parent workshop was great!”

“Our students reacted positively and enthusiastically to the inergetic performance of “Don't Bully”.  I was greatly appreciative of tand impressed with how a messag of such sensitivity to cultural diversity could be delivered in such a humourous manner.  Our students were captivated for one hour during the performance."

"Keith captures Kids with humor, then brings home the seriousness of his topic.  He leaves students with a few simple yet powerful tools.  Immediatly after the assembly, a teacher witnessed a 7th grader go up to a lone 6th grader and invite her into thier group"

“Awesome! Awesome job!  Thanks so much for performing “Stop Bullying” at our High School. The kids love the wristbands and lanyards and the brightly colored anti bullying pledges you provided now hang down the main hallway as a reminder.”

"Having Mr. Deltano conduct his anti bullying assembly with our students this year has really brought a clear focus to what bullying is (we have a common definition which is used school-wide) and what each individual student in our school needs to do to make our school a better learning community. Having the students each sign the anti-bullying pledge has also been beneficial. When I have had to deal with students who have made choices to treat others poorly I have just pulled out a copy of their signed pledge and we were able to have a conversation which put the responsibility directly back on that child. Parents who attended the evening workshop stated how much they appreciated his information, especially in the area of social media monitoring. I was able to share the parenting tip sheets he provided in my weekly school newsletter and from that have also had parents contact me regarding the information they had read.”

“We have had many presenters come to talk about school culture and bullying.  Keith’s anti bullying assembly was one of the best.  He was “real” and the students were fully engaged.  He used humor to address a topic that is uncomfortable and often not taken seriously by high school students.  They laughed when appropriate and really reflected on their own behaviors.  I would suggest Keith’s anti bullying assembly to any school that wants their students to treat others with respect and dignity.”

Many of our teachers said it was the best school assembly they have ever been to!  The kids loved you!  Our peer remediation sponsor also wanted me to thank you for giving her team some great ideas to help improve their role as mediators.”

“Keith Deltano’s energy and enthusiasm definitely show through in his school assemblies.  His passion for teens is undeniable as he gets his message through using comedy.

“Keith Deltano spoke at our school’s leadership week, his energy, passion and desire for student character and the anti-bullying movement is unmatched! He uses a combination of comedy and real stories that can connect with students in an amazing way. Keith will energize your students and get them to see the good in each other! Keith is the man!”

“You are the best anti bullying speaker we have ever had! You are extremely good at what you do and present the message in a way that high school students can relate to.”

“I would highly recommend Keith; I felt that as a parent I was very fortunate to have my 16-year old son hear his message.”

Many of our teachers said it was the best school assembly they have ever been to!  The kids loved you!  Our peer remediation sponsor also wanted me to thank you for giving her team some great ideas to help improve their role as mediators.”

“Keith Deltano’s energy and enthusiasm definitely show through in his school assemblies.  His passion for teens is undeniable as he gets his message through using comedy.